A handful of basketball players with ties to the Carolinas are in Atlanta for the McDonald’s All American Games. They’re among the best high school players in the country.

Undecided prospects Cole Anthony, the No. 4 rated player in the class of 2019, and Precious Achiuwa, No. 15, are considering North Carolina.

Wake Forest, Georgetown, Oregon and Notre Dame are the other programs on Anthony’s list. He said he might make his decision between April 4-6 during Geico High School Nationals, a tournament of some of the nation’s top schools.

“I would love to play with as much talent as possible,” Anthony said. “But you have to see who’s coming to each school [and] make the best decision for yourself.”

He’s said he’s working on all aspects of his game, but when asked, he specifically mentioned his outside jumper and ball-handling.

Future Blue Devils Carey Jr. and Moore Jr. are one of three pairs of future teammates at the McDonald’s All American Games. Carey Jr., a 6’10, 275-pound power forward, also said talent was a big component of his decision.

“We’ve gotten the chance to hang out off the court a lot [and] kind of get our chemistry together,” Moore Jr. said. “I’m just hoping that we can go in next year and make some big things happen.”

Hopefully, for Moore Jr., Casey Jr. isn’t the only player at the McDonald’s All American Games that he’s playing with next year.

He’s taken up the unofficial job as another Duke recruiter for Duke, trying to influence undecided power forward and No. 9 ranked prospect Matthew Hurt. Trendon Watford, who isn’t in the All-American Games, is also on Moore Jr.’s watch.

“The NBA is filled with great players, so I’m not going to be the only player on the team,” Moore Jr. said. “It’s going to be whole lot of all-stars on the [Duke] team with me. So for me, kind of getting used to playing with great players [was important when making my decision and choosing Duke].”

The Tar Heels are in on the recruitment too. Hurt, Anthony and Achiuwa are hearing it from Bacot Jr. to play in Chapel Hill next winter.

“Cole is one of my best friend’s…We both know how to play with each other,” Bacot Jr. said. “It’d be great.”

Regardless if those undecided prospects enroll in either Duke or North Carolina, the UNC-Duke matchups should shape up to be some of the season’s most unique games.

Bacot Jr., Carey Jr. and Moore Jr. are already more than familiar with each other’s strengths and weaknesses.

Thus far, Achiuwa has only visited two schools, North Carolina and Kansas. But Georgia head coach Tom Crean visited him at his high school in March.

Still, he said he hasn’t keyed on any schools that have offered him.

“It’s just [about] going to a place where it fits my game the most [and] wherever it’s going to help my game move up to the next level,” Achiuwa said. 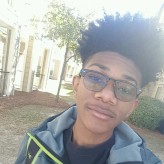